Tutorial #4 - How to wire a lamp switch!

Our fourth tutorial is all about wiring up the switch of a bedside table lamp. After our first three tutorials, this last one will complete all the steps to setting up your very own functioning lamp!

First of all. Let’s specify that the switch used is an inline one, available on our online shop. For a more complete tutorial, we decided to make it on a switch that can accommodate even a grounded cable, but it is possible to carry out this operation on “classic” bipolar switches, with just a few minor differences. Before starting, make sure everything is unplugged.

Begin by opening up the body of the switch. Unscrew the two outer screws, and then loosen the screws of the two internal cable retainer clamps to ensure no damage to the switch if the electric cable is strained. 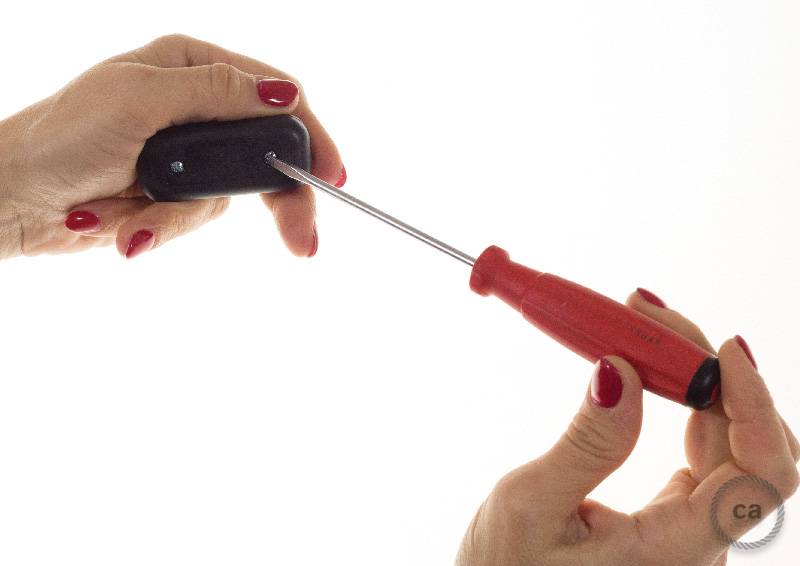 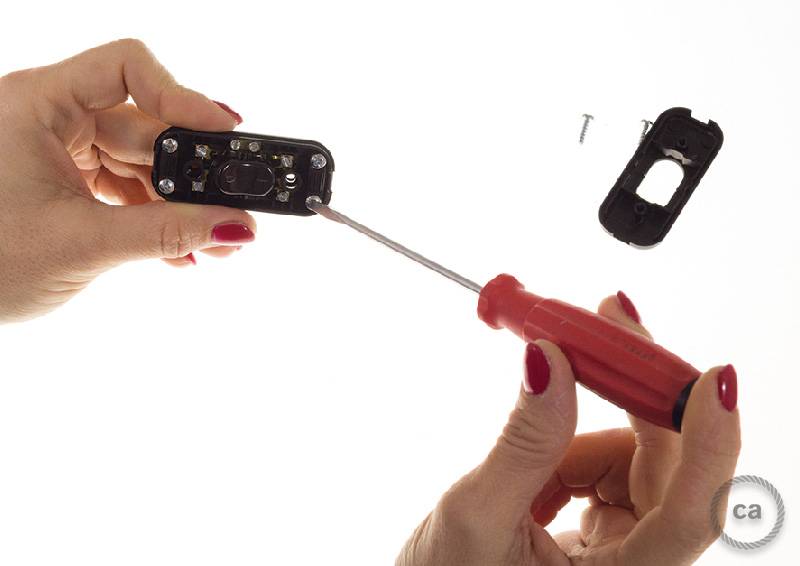 Then, loosen the clamps that will accommodate the actual electrical wires that have already been released from the sheaths according to the procedure in one of the latest tutorials. In this particular case, the grounded cable, always in green and yellow, will be on the switch side, while the two phase wires will be on the sides of the switch mechanism. After exposing the copper filament, insert it in its clamp, until the rubber sheath touches the edge of the clamp itself. 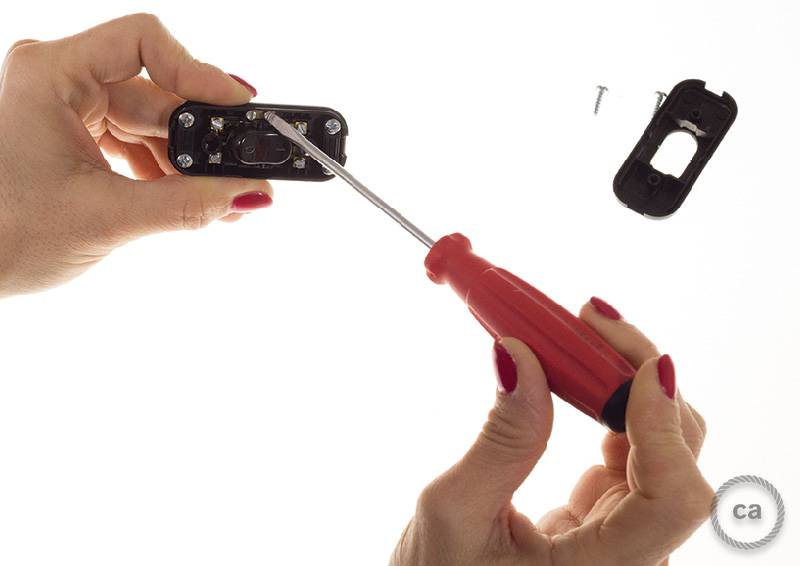 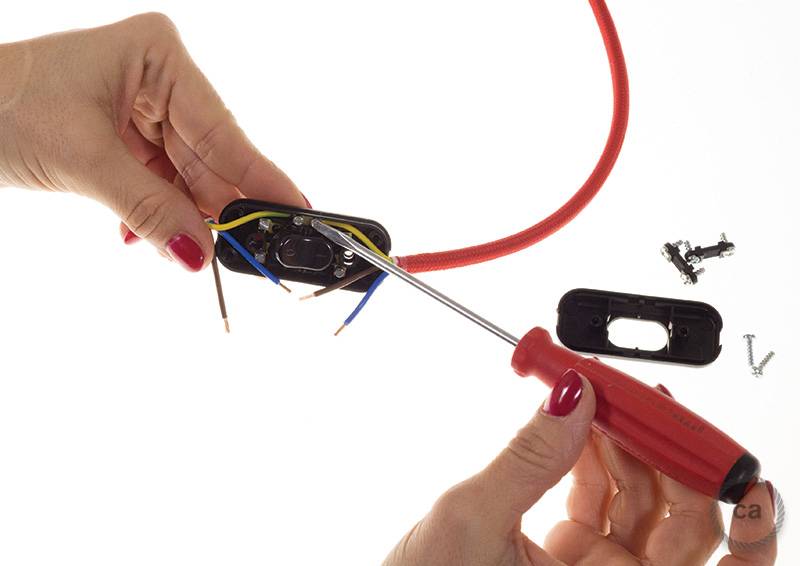 Insert all the copper wires of the electrical wires into their respective internal clamps, firmly tighten all the screws, and then reposition the two clamps so that, as seen in the tutorial, they touch an unexposed section of the cable, for a tighter grip. 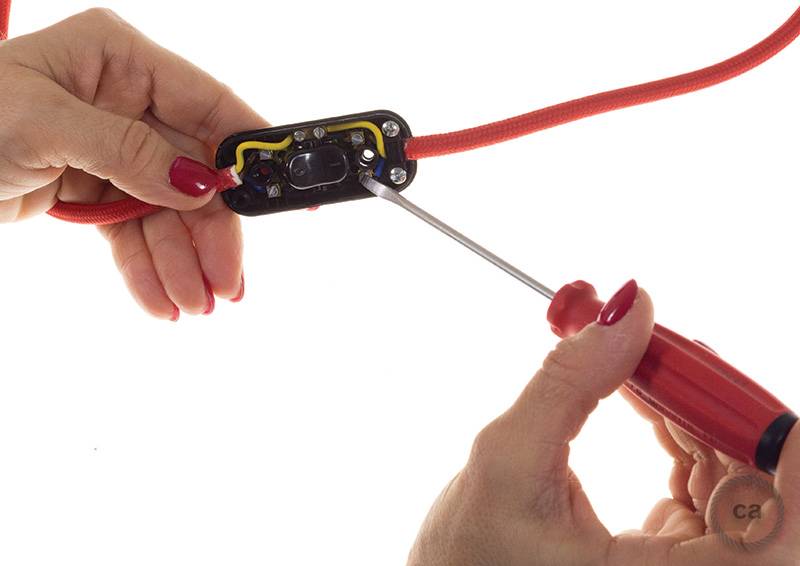 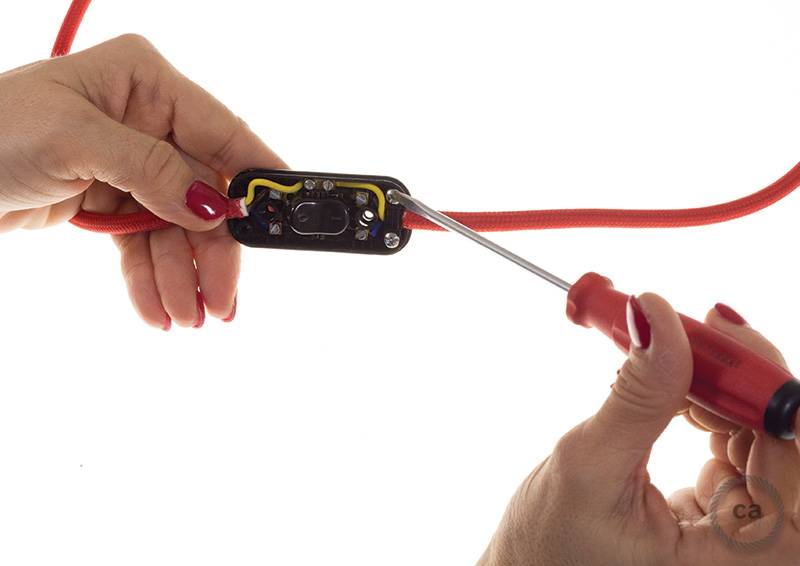 At this point, all you have to do is close the body of the switch, by repositioning the two parts and fastening the outer screws. Our switch is ready, and so is your lamp! 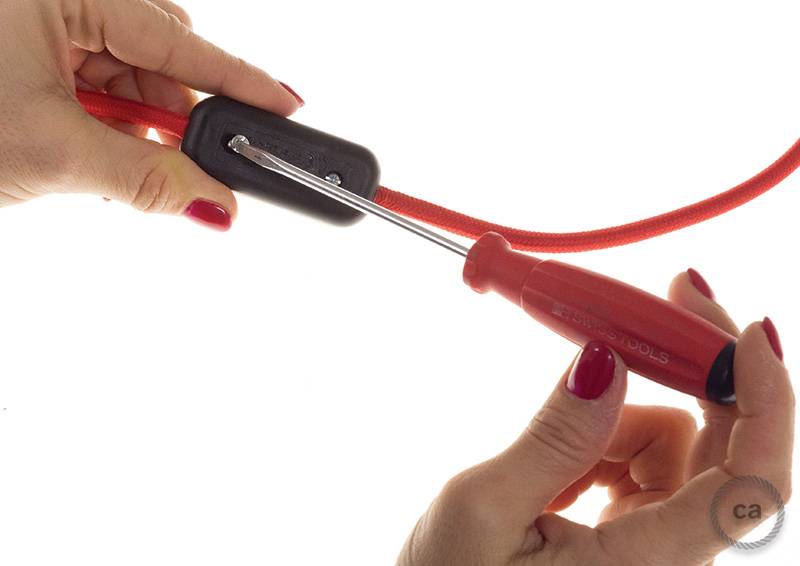 All clear? Did you have any problems? Let us know in the comments, and, as always, let us know which tutorials you'd like to see in the future!
Posted on 2017-07-06 Assembly Instructions
Previous article Next article